Don Tapscott coined the phrase “digital divide” in his 1997 book “Growing Up Digital”. He wrote of the danger that we would “create a world of haves and have-nots, knowers and know-nots, doers and do-nots, people who can communicate with the rest of the world and those who can’t. This is called creating a structural underclass, and it creates wounds in society that will be hard to heal.”

Most commonly a digital divide stems from poverty and the economic barriers that limit resources and prevent people from obtaining or otherwise using newer technologies.

However, research shows that the digital divide is more than just an access issue and cannot be alleviated merely by providing the necessary equipment.

There are at least three factors involved:

Beyond accessibility, individuals need to know how to make use of the information and communication tools once they exist within a community.

The ComKids program was launched in Toronto in 1998 as a response to the growing digital divide which was limiting the ability of deserving youth to keep up with their peers in school.  The program promotes access, equity and opportunity for deserving youth.

ComKids connects communities with experts in the fields of technology, policing and education. The program partners with school boards and police organizations as well as corporations benefiting from extensive in-kind support. Programming is oriented to students in grade 7 (12 years of age) with continuing support lasting until they graduate high school.

A new laptop computer is provided to students entering the program. The laptop is earned based on program participation throughout the school year. It is meant to assist students in completing research and school assignments, nurture creativity and support students in social interaction among their peers using social media and other applications. 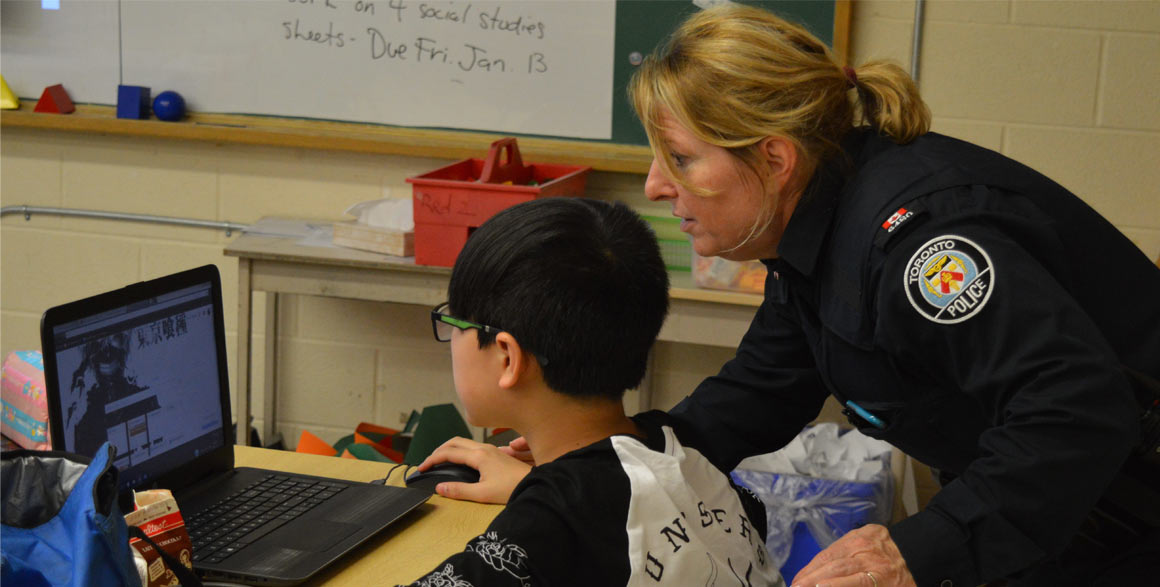 The police officer mentorship, a key aspect of the Program, transitioned from the eBuddy messaging service to five in-person Lead & Learn sessions where officers came to the schools to share information and interact with the students over their lunchbreak.

In 2015, a new partnership with the RCMP Foundation was established to expand the ComKids program outside of Toronto. Three pilot programs were launched in non-metropolitan communities in Alberta, Manitoba and New Brunswick; providing 45 deserving students with technology access their families could not afford.

New opportunities, such as workshops with Subject Matter Experts, were included to prepare older students with essential skills for their futures.

Exciting times lie ahead as ComKids continues to grow across the province- in 2019, the Hamilton-Wentworth District and Catholic School Boards join as program partners.

Your donation provides the technology that empowers students.

Make a difference in the lives of our students.

How ComKids is bridging the digital divide.